Carreno Busta fought hard in a 7-5, 3-6, 7-6(6) victory over Italian wild card Jannik Sinner in two hours and 45 minutes to follow in the footsteps of compatriot Rafael Nadal, who reached the 2009 final (l. to Murray) at the Rotterdam Ahoy.

Having had three match points at 5-4 in the deciding set, the World No. 30 found himself down 4/6 in the tie-break, but held his nerve to reach his first ATP Tour semi-final since October 2019 at the Stockholm Open (l. to Krajinovic). He will now challenge Canada’s Felix Auger-Aliassime or Aljaz Bedene of Slovenia on Saturday.

“It was very tough mentally to continue fighting on every point,” said Carreno Busta. “I know that I lost a lot of opportunities to close out the match, serving for it at 5-3 and then with three match points at 0/40 at 5-4. I didn’t play good points, I was playing too slowly and not aggressively. But after that, I continued fighting very well and saved two match points playing aggressively in the tie-break. It was a very important match to win.”

When asked about Sinner, Carreno Busta said: “I didn’t play at this level when I was 18. He is playing really well and for sure in this next year we’ll see him playing in the last round of a lot of tournaments.”

The first set looked destined for the tie-break, but Sinner came undone at 5-5 when he mis-timed a backhand long and forehand into the net to hand Carreno Busta the first break. The Spaniard then recovered from 0/30, when serving for the 49-minute opener, which finished with Sinner lunging for a backhand. 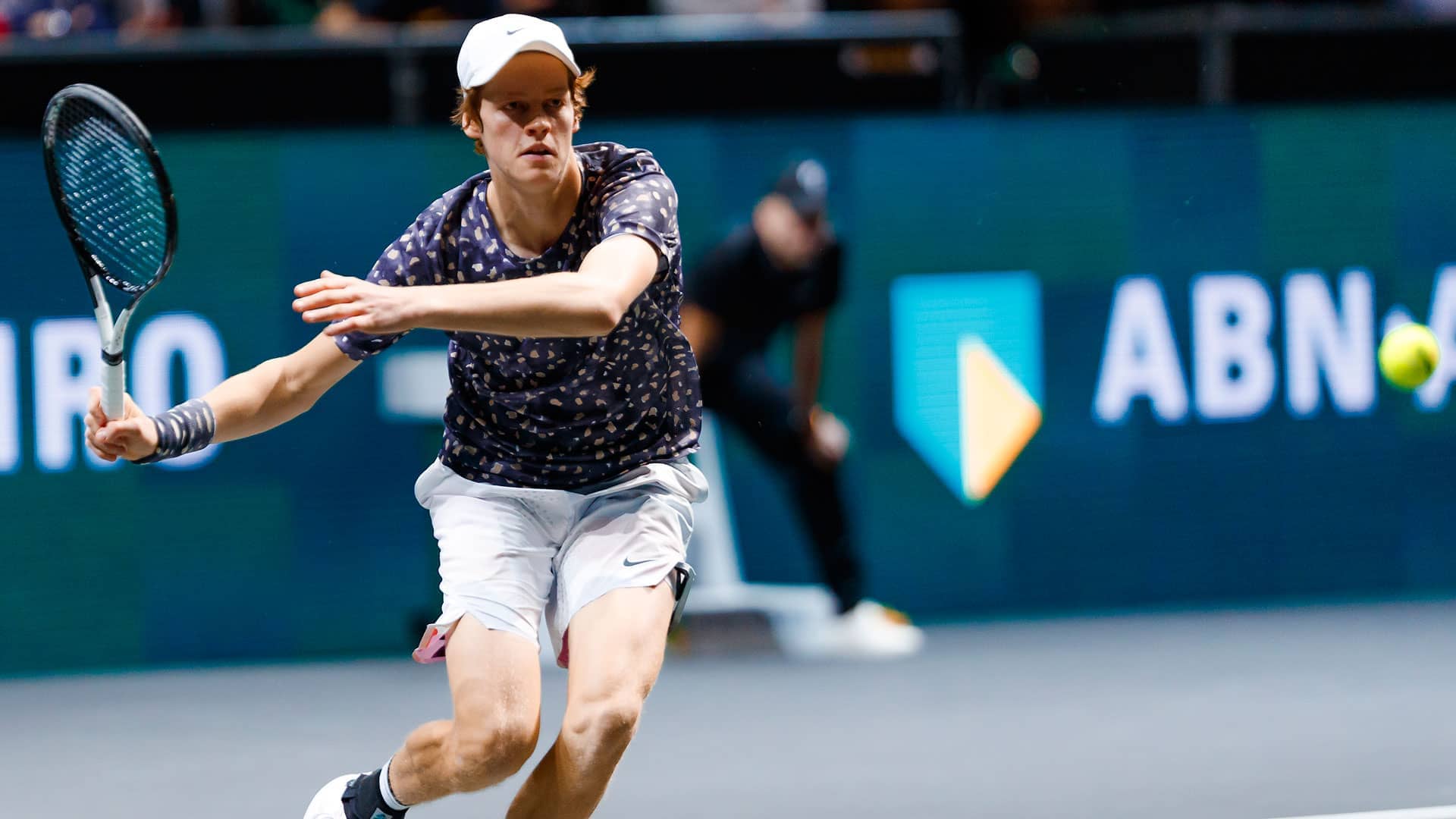 Carreno Busta regrouped, but needed to save four break points in the opening game of the third set en route to a 3-0 advantage. Sinner’s heavy ball-striking had seen him drag a forehand wide to hand Carreno Busta the second game. Carreno Busta served for the match at 5-3, but deep returning from Sinner reaped a break. Sinner then dropped to 0/40 at 4-5, but worked his way back – courtesy of two groundstroke errors from Carreno Busta, and a massive forehand winner at 30/40.

Sinner struck a forehand into the net on his first match point at 6/4 in the tie-break and Carreno Busta hit a serve-volley winner at 5/6 to keep his hopes alive. The match ended with Sinner striking a backhand wide, his 21st of 48 total errors.