Dominic Thiem upset Roger Federer on Sunday night at the Nitto ATP Finals with a clear and aggressive game plan that he executed well and stuck to throughout his 7-5, 7-5 victory.

These 10 Hawk-Eye graphics help tell the story of how Thiem improved to 5-2 against the Swiss in their FedEx ATP Head2Head series and earned his first opening victory at the season finale.

First-Serve Placement
Thiem pounded the Federer backhand throughout their Group Bjorn Borg matchup, and that was no more evident than with his serve. Federer, meanwhile, went after Thiem’s forehand with his first offering.

Second-Serve Placement
With his second serve, Thiem stuck to his plan and continued to go after the Federer backhand wing, but Federer flipped the script. He no longer targetted Thiem’s forehand but instead attacked his backhand side.

Rally Hit Points
Thiem, especially on clay, has been known to sag behind the baseline, allowing him plenty of time to hack away at big forehands and backhands, and it’s been Federer who has been on the attack, seizing every opportunity to come forward and play inside the baseline.

But on Sunday evening, it was the Austrian who spent nearly the majority of his evening inside the baseline, and Federer who was forced defend behind the baseline. 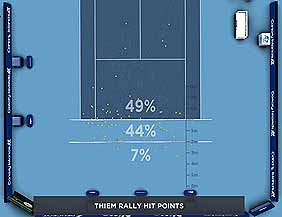 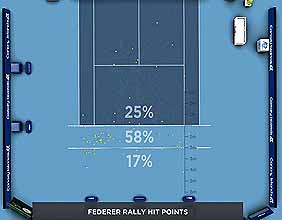 Backhand Hit Points
Nowhere on court was Federer forced to defend from more than his backhand wing, as Thiem relentlessly brought the power to Federer’s one-hander, giving the Swiss few options. 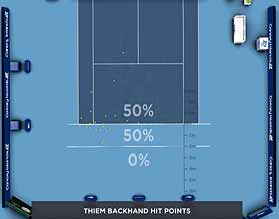 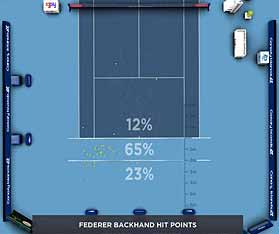 Court Coverage
If you’re Thiem’s coach, Nicolas Massu, this might your favourite graphic. The Austrian spent the entire two sets on the attack against Federer, hardly letting the Swiss play offence. 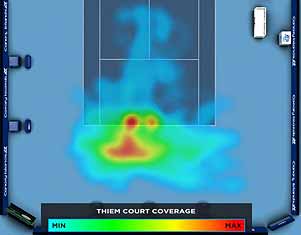 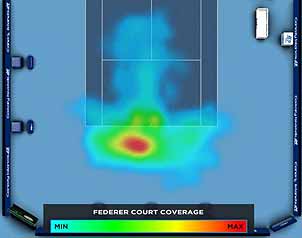 Is The Search For Djokovic’s Greatest Fan Over?