Roger Federer and Novak Djokovic have combined to win 12 Wimbledon titles over the past 16 years. On Sunday, the two champions will meet again on Centre Court with another title on the line.

This will mark just the fourth FedEx Head2Head meeting between the Swiss and the Serbian at the All England Club, and also their first in four years. Federer won their first clash in the 2012 semi-finals en route to the title, and Djokovic claimed back-to-back triumphs in the 2014-15 finals.

Ahead of their final, ATPTour.com looks back on their three FedEx ATP Head2Head Wimbledon matchups.

2012 Semi-final, Federer d. Djokovic 63 36 64 63
Under a closed roof, Roger Federer broke serve in the sixth game, and went onto clinch the 24-minute first set having committed just two unforced errors. Djokovic raised his game with tennis of the highest quality to seal the 30-minute second set.

The temperature gauge increased at 2-3, in the third set, when Djokovic weathered a storm, winning 23-and-25-stroke rallies in a dramatic eight-minute game. Federer survived his own wobble, but was able to win the set. The Swiss maintained his dominance in the fourth set, opening up a 3-0 lead, to book a place in his 24th major championship final.

“I thought when I missed my chance early on in the third I might pay for it dearly.  Almost did towards the end of the third set when he had break points,” said Federer. “So I think overall the surface made the match play differently and potentially in my favour. I was able to be very aggressive, particularly once I did get into the third set where I thought we both played our very best. Now looking back, that was obviously the key to the match.”

The victory gave Federer a shot at reclaiming the World No. 1 ranking – which he did two days later after defeating Andy Murray to claim a record-equalling seventh Wimbledon title.

2014 Final, London, Djokovic d. Federer 67(7) 64 76(4) 57 64
Djokovic and Federer staged yet another Grand Slam thriller, with the Serb overcoming a rollercoaster fourth set to claim his second Wimbledon title and seventh crown at the major level. Djokovic returned to World No. 1 with the win, embarking on his third stint atop the ATP Rankings.

Federer’s resiliency was on full display in his ninth Wimbledon final, saving a championship point in the fourth set, while reeling off five consecutive games from 2-5 down. The momentum swung to his corner as he forced a deciding set, with the Centre Court faithful roaring in approval of the high-quality affair. Djokovic would not be denied, however, as the top seed converted his fourth break of serve for the victory after three hours and 56 minutes.

The 27-year-old Djokovic turned the tide in Grand Slam finals, having lost five of his past six coming into the Wimbledon final. He lifted the trophy at the All England Club for the second time, having previously triumphed in 2011 with victory over Nadal.

“Sincerely, this has been the best quality Grand Slam final that I ever been part of,” said Djokovic. “I’ve had a longest final against Nadal in the Australian Open 2012, but quality-wise from the first to last point, this is definitely the best match.”

2015 Final, Djokovic d. Federer 76(1) 67(10) 64 63
For a second straight year in the Wimbledon final, Djokovic triumphed over seven-time champion Federer. He became the first player since Federer in 2007 to successfully defend his title at the All England Club.

Djokovic and Federer had advanced with straight-sets wins in their semi-final matches, respectively against Richard Gasquet and Andy Murray, and little separated the World No. 1 and No. 2 through the first two sets of the final. Djokovic saved two set points at 5-6 in the first set, then proceeded to win 14 of 15 points.

In a dramatic second set, Federer fought off seven set points – including six in the tie-break – before drawing level. Djokovic responded with a break early in the third set and needed one more break in the fourth to set him on his way to his 200th Grand Slam match win and ninth major title.

“I was aware coming onto the court, that Roger would play his best when it matters the most. He pushes you to limits,” said Djokovic. 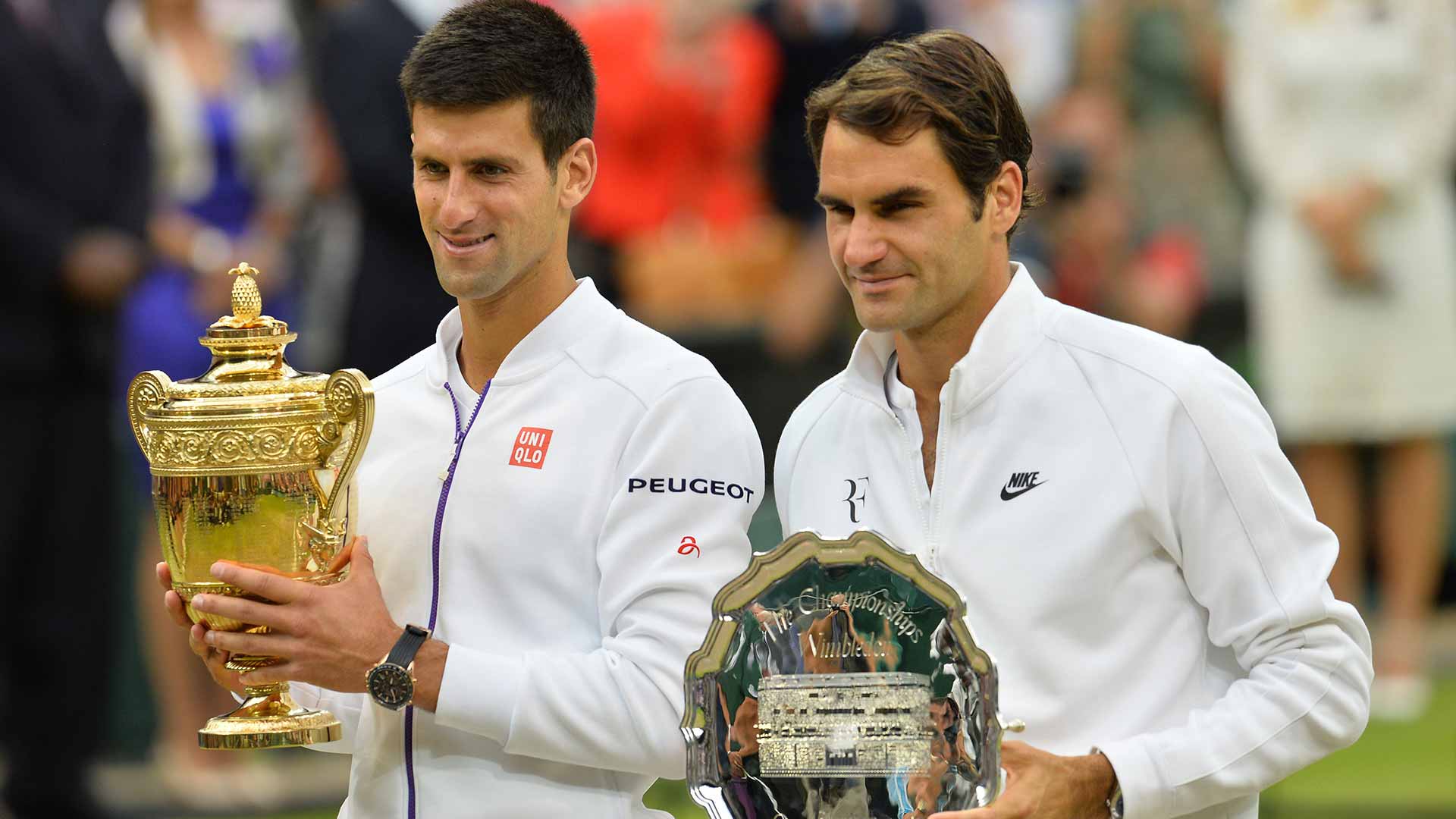